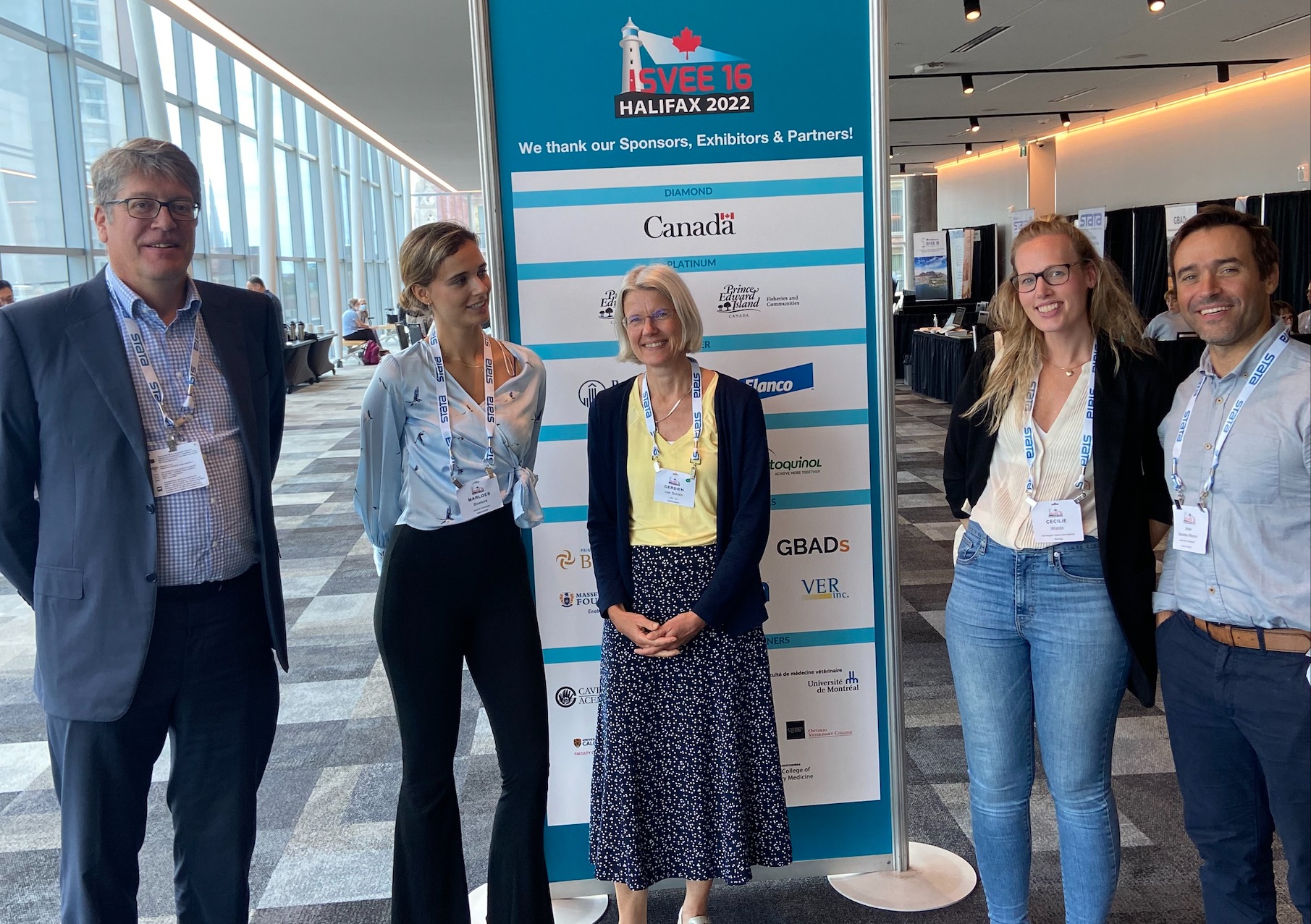 From August 7-12, 2022, members of the DECIDE consortium attended the 16th International Symposium of Veterinary Epidemiology and Economics (ISVEE), in Halifax, Canada, to share and discuss the progress of the DECIDE project with fellow leading Animal Health scientists.

With ISVEE being a central event in the realm of Animal Sciences, other members of the DECIDE project as well as the teams from collaborating projects like GBADs, also travelled to Halifax to participate and present their research. Among them were project coordinator Gerdien van Schaik (UU), Jonathan Rushton (UoL) and Joao Sucena Afonso (UoL), who described the event as such

“The sharing and challenging of thoughts is surely one of the moving wheels of knowledge. And what better place to it at a gathering of the world’s leading scientists in the realm of Animal Sciences! ISVEE offered a brilliant opportunity to share the vision on the DECIDE project, identify overlaps with work by other colleagues and discuss the need to unite both epidemiology and economics in improving the management of animal health and welfare.”

We are looking forward to next year’s ISVEE. Thank you to all the presenters!
See some impressions of the conference below: